How I Attracted Only Ideal Prospects… 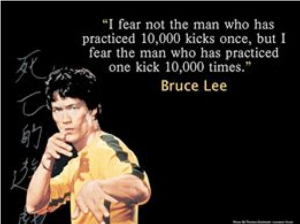 I got LOTS of responses.  Yep.

But almost nobody who stuck.

Next ad, I wrote something similar ($ was still allowed in
those days, and since I was earning it, it was honest.)

“Seeking someone with experience in marketing, teaching
and public speaking. Owned business before. Interested in health.”

“That’s exactly why I asked for those who like public speaking.
That’s what it takes to build big fast and – I don’t need that many
good ones to build a giant organization.

(Top earners usually have 2-4 producers who give them 80%+ of their income.)

They didn’t understand and kept asking for everyone.

I never looked back.

Since I learned that, I have always – and continue today – to
set out the qualifications for every position, every business, any
customers or reps I ever ask for. The result?

1) WAY fewer calls and applicants – but …

2) Those who come, ARE qualified.  So if they come with
me, I won’t need to babysit them, motivate them, hound them,
or drag them across the finish line.

PPS You can learn these strategies in The Art Of Recruiting.
I’ve laid out some of the best ones.  Use live or online.

PPPS Did you know you can get the Art of Recruiting “free”? Ha. Come to my Oct 29 LIVE Recruit by Phone Clinic here and the Art of  Recruiting comes with.  Yep. Limited offer.