“If you’re not rich ‘blame yourself’… 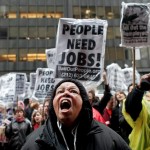 Putting aside the fact that some people at the top have (historically) done
bad things, it’s also true that many folks who succeeded did so by building
their own business from scratch. All kinds of businesses, too.

And, does thinking about this question inspire you or depress you?