Is MLM Really Your ‘Own’ Business? 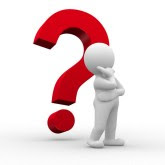 Over the past 50 years, the operative word in the MLM business building world has been “duplicate.”

The mantra is: If, whatever you’re doing to create success for yourself, is not duplicatable, don’t do it. Because no one else will be able to duplicate it.

That strikes me as wrong-headed in two ways:

1. Given the 95-97% drop out rate, who would knowingly want to duplicate activities that have brought this disaster about?

2. If we are not allowed – by the upline – to be creative in this business, can we really say we “have a business of our own”? If you must market the business or product the way your sponsor or another higher up distributor says, or fear social reprisals – like – we won’t ‘support’ you anymore, you can’t sit with us at the convention, we’ll call your downline and tell them you’re a loser, etc. etc., and, you cave in to whatever they want you to do – are you really in a business of your own?

I believe the MLM model can be a significant source of productivity in the USA. But we must learn to encourage and nurture creativity from day one.

The only two hard and fast marketing rules a new MLMer needs to know are:

1. Learn to ask for the right people.

2. Trust your love for the product (or service).

This is where your creative bean gets to play.

Without more creativity, how can the results for MLMers change? The old ways don’t work anymore. And not just for MLMers.

In today’s strange economic climate, the world chatter is about ‘productivity’ and how America and Europe have lost a lot of that productive spirit. And according to some very intelligent folks, that loss of productivity is due to lack of creativity. See here.

In the USA, IBM recently surveyed 1,500 CEOs of top companies. They found that the CEOs seek ONE leadership competency above all the others –

“CEOs identify ‘creativity’ as the most important leadership competency for the successful enterprise of the future.

In the MLM world, people who can influence others have ruled. But those who were unduly influenced, probably most, have all quit. Sigh.

In an MLM business, where you are seeking customers and new sales reps, being creative is what sets you apart. It’s what draws customers to you. You’re different. Apple built its reputation by positioning itself as ‘different’. They did that with enough success that they have rabid fans all over the world and their company is now worth more than Microsoft.

Here’s a way you can be creative in your business, starting five minutes after you read this post:

1. Stop using the run-of-the-mill recruiting strategies that have contributed to the 95-97% drop out rate. For example, no more promising big or easy money in your initial pitch. EVERYONE has heard it. It’s pure hype. And unless someone has been living under a rock, everyone knows about the slews of dead bodies.

2. Think of creative ways to attract people to your business. We know the money is not fast. So what might be another reason people create and stick with a venture of their own? Here’s what a Yahoo survey found.

Something new and different. I’m helping a group of networker friends recruit folks whose driving force is being helper-healers. Since they (96 folks showed up to the in-home) didn’t come for the money, we neither lead with or discuss the money in the first get-together. (Except to answer, “How much is it?” referring to the product options.)

This little video shows who they are and what’s happened to them.

No doubt you are going to think of other creative ways to bring in customers and new reps. Tell tell.

If you’re someone ready to break out of the mold, I’d love to have you as part of the new eight-webinar program starting this Saturday, Nov 27.

“How Not To Be An MLM Loser This Year: How To Tap Into the Helper-Healer Market.” Registration here.

We already have a wonderful group of innovative people signed up, and if you want to get your creative juices flowing with them, come join us.

Hope to see some of you there.

PPS I’ve heard countless “leaders” say that people are too lazy and just won’t do the work required to make it. I wonder if it’s ever occurred to them that the people may not want to do “the work” that their leaders are requiring. E.g., sell the big or easy money when you have not made a dime, etc.