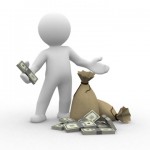 Recently David Frey (one of my favorite thinkers and doers in the online
and MLM business world) added another program – a lucrative and very high paying affiliate program – to his MLM card business. He announced it on his Facebook page this past week and invited others to join him. (He’s also the #4 income earner in his primary card sending MLM.)

Recently I did the same. I added a super high paying online educational
affiliate program to my card sending business. I have not announced it here yet
but it’s doing gangbusters.

My question: In general, does the idea of multiple streams of income work for
peeps in the MLM or Network Marketing business? If yes, for whom?