Over-helping backfires on – the helped 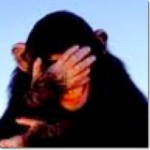 1. DRAGGING. We all know about the Mother Theresa
syndrome in MLM – when we want it more for them than
they want it for themselves. We call them, drag them to
meetings and trainings, always hoping and encouraging
them. Until they stop taking our calls. And on we go to the
next um, victim – of our unasked for help…

2. BEING THE RESOURCE instead of pointing to other,
better resources. For example, do you play customer
service for your peeps? Versus teaching them to use the
CS number for your company? Do you spend time
explaining the pay plan instead of giving a link from the
company? You could be out building your business instead
couldn’t you? Or planting your garden?

And. Do those who use you as a constant resource ever
build anything?

3. GIVING AID that backfires happens when we over-help
countries too.

Get this about Haiti…in today’s paper.

“Perhaps most damaging of all, sending food creates a
cycle of need. One reason Haiti is perpetually hungry is that
free or highly subsidized imported rice has destroyed Haiti’s
rice farmers, who can’t compete. In March 2010, two months
after the earthquake, Haiti’s President Rene Preval asked the
United States to “stop sending food aid, so that our economy
can recover and create jobs.” (The United States did not stop.)
In testimony before the Senate Foreign Relations Committee,
former President Clinton actually apologized for his policies
that flooded Haiti with subsidized rice.” (New York Times)

Over-helping seems NOT to be a good thing. Over-helping
often destroys the will in someone else to build their personal
confidence and become their own pillar of strength.