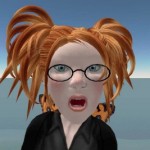 Just spoke to a lady who wanted to cancel a free trial
online marketing service – because she said – as she was
going through the videos she was asked
to buy this, then that and then the other, and at about
$200 she decided this was not for her and asked for a
refund of her trial $ – under $10.

She couldn’t easily find the cancel link on the web page, or the phone #,
so she called my number and left a terse message wanting a refund and
that she’d alerted her credit card company, etc.

I decided I wanted to meet this lady and called her back.

Turns out she’s a professional medical woman (30 years in the field)
who just quit her job and is looking for something to do from home.

So, not a bottom feeder or beer swilling low life.

Instead her past experiences with paying for stuff – that turned out
not to be as advertised – have made her suspicious.

She related how she’d paid for a medical training program –
$495, then $995 and more, only to find out AFTER, that she
needed some kind of state certification which was not only more
money, but not guaranteed because of the current supply and
demand in her area. Scam-like, I agreed. They should have told her
before they took her money for the trainings.

Then she said that she was, before she quit her job, part of a
union at her work (first time with that, she added.) The union
experience was also not good for her.

The union would get pay increases for them, but right after the raises
went through, the union increased the dues. She told me, “They’d
always crow about how they were working for us, but we never saw ANY
of the increases they negotiated for us, because they just raised the
dues. It all went to them.”

So that was some of her story…Lots of misrepresentation that
she was tired of.

And that’s why she asked for a refund when the requests for
money came – one after the other – in the first 2 hours of videos
she was watching. She no longer felt safe trusting when the requests
for more money kept coming…ergo she looked for the cancel and
refund button.

I can relate to that feeling. You?

PS. Today, I was reminded that “traffic” – which is how she came to
an offer of mine – are people. Many of them good people, solid
experience, solid work ethic, good values, and lots of life experience.

They’ve also been fooled by people they thought they could trust.
So of course many people are on guard, like this lady was.

Moral: People don’t always ask for refunds because they’re twits.
Or dorks, or live in a broken down trailer and have no life force,
no drive and no money.

Some folks ask for a refund because they’ve been fooled before.
By people saying one thing (earn $50,000 for $29 investment…)
and, as they get into it, the “now you need to buy this and then
you also need to buy that…” and on and on. Buy buy buy.

Depending on a person’s previous experiences, you’ll get different
reactions. Experienced entrepreneurs, sales people and marketers
are mostly used to it.

But those without such experience are not.

Deal with it. And respect them. Once you meet such a person,
you discover that there’s almost ALWAYS a reason they wanted
a refund – a reason you can totally relate to.

And then you feel really dumb that you were so ready to call them
a name…You know what I mean?

PPS I referred her to something she really does like, because
she’s done it before. Getting paid for giving companies her opinions
about their products. A work from home opportunity that suits
her better. I gave her two options…Here’s one.

I am very familiar with those types of programs, have written lots about
them over the years, and especially the free products they get in
trade for referrals and opinions.

We had a good time. She was genuinely happy to chat…now she’s
wishing me happy holidays. I made a new friend today. So did she.

And she has a work-from-home option that fits her better.

PPPS Her other big trust buster – “Obamacare.” She related how last week,
with legislation she had initially supported, they told her she’d have to pay $6,500
to sign up for it, and she was absolutely furious about it. Why?

Because she’d been told that “O-care” would be more affordable than
the insurance she had at her job (before she quit a month ago). What
saved her? She’s getting married again and will sign up with her hubby-to-be’s
insurance. And she added, “If I need drastic care, I’ll pay the $6,500
out of my pocket before I’d pay it to sign up for that service!”

Fooled again. Not a good feeling.

Be kind and open. Find out. You never know.