When it sounds too good to be true… 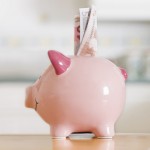 Should you buy or join based on them?  Surprise…hehehe.

Let’s assume these statements are TRUE first. (Some income
statements not true, so that is the first test – are the statements true?).
I will vouch for these three being true as stated.

(And of course also assume they make the proper income disclaimer
that they have NO idea what you might make, if anything.)

For each statement – three statements I am telling you are true –
there is nevertheless one big bugaboo for you – if you use that
statement to join or buy.

Know what it is? (It’s not a legal thing I’m talking about.)

The folks speaking have experience and have acquired skill
sets that probably – you do not have. While experience and
skill is NEVER a guarantee of anyone’s income, it helps.

1. I have a relatively small but loyal following – from having worked in
the industry and written stuff with a certain point of view – for the last
27 years. So that helps get my folks to at least look at something new
I’m doing.

2. Frank has built a HUGE list (100k or so) and has had marvelous
success these last ten years, marketing online. So yes, he could
make a special offer, for example, and have a short window for
his readers to buy.

3. Robert Allen sent that email out years ago…after he’d
been filmed live buying a home for nothing down. He had
run a special on some of his books after building an email
list (which took him two years, he said).

He emailed his list, and gave folks 24 hours to play, and
that is what he earned that weekend. Of course, none of this
was discussed in the initial email… I dug it all out later.

So you see the problem?

They had done things, learned things, gone through the fires of
screw-up after screw-up, and finally, becoming really good. THEN,
when they turned their sights on another venture, those experiences,
skills mastered, and attitudes, were a tremendous asset.

Not any guarantee, obviously, but a big advantage.

So that’s where my focus in building my own EN business will be.
Finding folks who:

1) want to embark on a new adventure
2) want to learn to market in the wonderful online world and
3) are looking FORWARD to overcoming the learning obstacles
so they can become good enough to make some significant
income in the online world.

If that’s what you seek, with a team who is ALL learning the
basics together, email me or go here and sign in (Join link at top.
No guarantees of anything except:

1) learning how to build a list and a following so you can earn
money at will online…
2) a supportive, fun group who’s hiking up this mountain together –
with rest stops along the way, and…
3) a real chance to surprise yourself and earn some meaningful
income as you go. Maybe even gangster money. (Gasp!)

PS First stop: You’ll be joining us in a basic boot camp setting
(online) to learn to play and make money in the online world.
You ready for that?

You can have that second chance – like have – in Empower.

Remember, no guarantees except that when you finish boot camp, you
WILL know a lot more about making money online than when you came in,
and you’ll have made new friends. You can use those online marketing skills
(and keep your new friends) to do what you want in the online world.