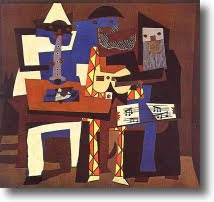 Years ago, a newly minted attorney, Mr. G., was asked to assist in a case where two prominent businessmen in the same town were in a nasty legal battle. The feuding men were also related.

Attorneys on both sides were doing all they could to win. That meant then, as it does today, to soundly defeat and if possible, ruin, the other.

Mr. G., the junior attorney for one of the parties, spent several months studying the facts of the case. He came to two realizations: 1) both sides were losing so much time on their businesses and running up so much in legal fees that it would likely leave both parties unable to rebuild their businesses afterwards, and 2) the client he was helping had the most law on his side.

Neither party’s legal team top bananas wanted anything less than total victory. The other guy had to be wiped out.

Mr. G however, thought that the public financial (and social) defeat of either party would be a dreadful outcome – regardless of whose client ended up the winner.

So he did something very weird: With everyone’s approval, he visited with the other side – the client. He suggested that neither party could financially come out of the fight whole, what with all the time spent and legal fees and costs already incurred and still to be incurred.

So Mr. G suggested arbitration. Something which would leave out the attorneys on both sides.

The legal beagles on both sides resisted furiously. His own legal team thought he was ridiculous to hand the case over to an arbitrator and wanted to fire him. But Mr. G prevailed on the principal parties. Both had told him they wanted to continue in business after this dispute had been resolved.

So the case went to arbitration.

Mr. G’s own client won the case, and a huge amount of money was awarded to him.

Mr. G however, was not satisfied this would end well. He realized that the losing party would likely go bankrupt having to pay this giant settlement (to his own client). And a public bankruptcy was worse than death for the other man. So Mr. G took another unusual step.

He prevailed upon his own client to accept payments from the losing relative – not to demand the lump sum. After much haggling and the insistence of Mr. G, it was agreed: Mr. G’s client would accept payments to be spread out over many many years

Mr. G wrote this about it years later:

“Both were happy over the result, and both rose in the public estimation. My joy was boundless. I had learned the true practice of law. I had learned to find out the better side of human nature and to enter men’s hearts. I realized that the true function of a lawyer was to unite parties riven asunder.

“The lesson was so indelibly burned into me that a large part of my time during the twenty years of my practice as a lawyer was occupied in bringing about private compromises of hundreds of cases. I lost nothing thereby – not even money, certainly not my soul.” – M.K. Gandhi, An Autobiography.

P.S. In our own businesses, Mr. G’s approach means we do not dump on or belittle competitors or their products. Our self-serving agenda is transparent. Sing your own song, and find others to sing it with you. (See here.) Leave those with different musical tastes to their own happiness.