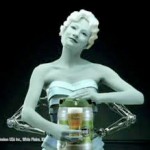 Today I read that Heineken (the beer company) was doing a big Facebook campaign to “drink responsibly.”

Here’s a company that sells alcohol, running a campaign to educate
people not to drink too much. Nice. They’re showing
some restraint. It’s obviously good for business.

How about recruiters who sell the big income dream?
Money is as addictive as alcohol isn’t it?  Are we selling it responsibly?

Like alcohol, there is a risk to start MLM. A person has to lay out money,
major effort, and test their friendships to do this business. Success is
not guaranteed, as 95% of those who bought in discovered

Yet folks are trained to recruit everyone and sell the dream as if it’s
as simple as signing up and handing over that first check.

Yes, selling the dream like that brings the companies and recruiters
fast income. But are we doing the other people right?

Should we be more transparent with that initial sales pitch?