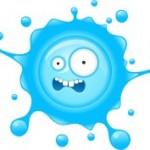 (MY INCOME NOT FOR AVERAGE PEEPS doing
average things for the average time/day!!!)

Anyway, got this reaction from an old acquaintance tonight…

This is of course after he asks what I’ve earned in Empower Network
so far (he had just signed up today -not w/me.).

– Who I was. So, I used my experience, my contacts, my “make them come to me” style (which I teach of course), my personality, my learnings from my online heroes Frank Kern, Andy Jenkins, etc.

So much for the advantages.

The “who I was” however, also included many shortcomings to
make it in Empower:

– I never had done much with Aweber except create emails and
send them to my readers…Never heard of a “Campaign Code.”

– NEVER used an auto-responder in 27 years…

– Never bought traffic before. Didn’t know that from leads.

– Worried that my more mature friends would totally choke seeing
Dave Wood’s older videos online and wonder if I had gone over…(I did
lose friends over joining EN, sigh.)

– Had NO time to learn any of this stuff at the time I decided to test it,
because I was in the middle of a giant other project with deadlines
looming all around me…but could not resist testing.

So…I made adjustments over time so I could give it an honest test.

Product reviews were first…And you know what I think of those.

I use them and market them every chance I have to anyone who wants to establish a cool online presence for any reason – to market, show, tell, or just document something they’re doing that matters to them.

So what’s the answer to that question at the top?

Yes, I used (and learned) the EN system to earn that income so far.

And in addition to the system, I added ME to the mix, the good
and the bad. YOU will do the same. So expect different outcomes…

If you love learning and overcoming obstacles that make
others cry and hole up in their room (I CAN’T get Aweber to
work!!), this is something to consider for sure.

PS Remember I DID overcome some of my own obstacles –
and it’s ongoing. And, when it gets really bad and I want to
pull my hair out, I can always barter.

“You set this up and I’ll fix your script.”