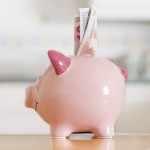 If you’re selling any kind of product
where testimonials or science
seem important, this is for you.

Years ago, Mr. Claude Hopkins was hired
to create demand for an unknown over-the-counter
cough remedy. He noted that his client’s product
was nowhere available,
and that similar established products
all already had “thousands of testimonials.”

“My duty was to create a demand which would bring the
sales to the drugstore. Not a bottle was in drug stores”
when he began his campaign.

Worse “every medicine-type maker had thousands of
testimonials.”

Here’s what Mr. Hopkins did to stand out. He
created a promo that:

1) did NOT talk about how great
his product was,
2) did not detail what was in it or
3) did not tell how great the Doctor
was, who created it.

Instead, Hopkins came up with
a cleverly worded guarantee:

“If it brings the results we promise, it is
worth many times its cost. If it fails, it is free.”

Can you imagine offering that exact
guarantee to your audience?

He writes, “No cough remedy on the market
could compete with that.  Others made claims
and promises (and gave testimonials) but we
offered certainty. And we secured most of the
trade.” My Life in Advertising, Claude Hopkins.
(bf added – kk)

Free if it doesn’t do what
we say.  Who needs testimonials with that?
Who cares how old the company is with
that certainty?

Want to test that, dear readers?  Report back.
If what you’re doing now isn’t making sales, are
you ready for something new that blew the
roof off?