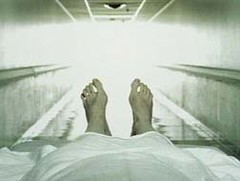 Old School network marketing (aka Old School MLM), the business model that gave millions of average people an opportunity to own their own business, died on Wednesday in cyberspace. It is believed he was about 50.

Old School died of complications from a terminal image problem and a misguided focus on big money. He had been ill for some years, weakened by excessive recruiting, mercenary tactics and customer neglect. Doctors identified the most harmful tactics that accelerated the spread of the fatal image: hype, promising quick money, telling half-truths, and selling out friendships.

Old School thrived during periods of economic recession, giving hope to millions of people. Some made fortunes, and their rags-to-riches stories drew millions seeking theirs.

Although most Old School students did not realize the promise of big money, many earned a little. More importantly, they found an occupation that gave meaning to their lives through the benefits of a product or service they believed in and loved.

Many formed new social networks they’ve enjoyed for years. Many got their health back from the products they used. Many basked in recognition they had never experienced before. They called the opportunity that Old School gave them “living the dream.”

The nutritional supplements boom got a jump start from Old School’s marketing momentum. The majority of new supplements were introduced by network marketers who educated a public that had been raised on medication and surgery.

Despite all the good things Old School spawned, the fallout from the image cancer that had been quietly spreading for years finally overcame him. He passed attended by throngs of NM/MLM faithful.

He is survived by his 17-year old daughter New School, and her many stepchildren.

New School urges network marketers not to abandon their past, but let it help guide the future. She predicts that in time and with consistent practice in the new approaches, network marketing will become a jewel in mainstream American business.