Helping them less helps them (and you) more 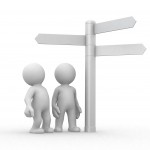 Helping them less helps them (and you) more.

Years ago, Dexter Yeager, the biggest and perhaps richest of
the network marketers on the planet ((#1 uber-banana at Amway
with millions in his downline), started, like anyone else who was
determined to build BIG in those days – going from town to
town – doing live meetings. Many leaders do that today, still.

Anyway, back in the day, Dexter would appear, do the meeting,
and get peeps excited. They’d produce like crazy for the
three days he was in town, and then he’d travel to the next town.

The new area would again produce like crazy for the three days
he was there, doing meetings, etc. But. The area he just left
slowly stopped producing. That was the cycle.

After experiencing this a dozen time, he realized he had to think of
something or his business wouldn’t grow.

“What would happen if I recorded one of these, and left those
tapes (eight-track audio in those days (!) with the folks in each area?”

(Yes, of course he sold them the tapes. Cost money to create and
produce, yes?)

And that’s what he did. Recorded his meetings.

Those audio tapes changed everything for Dexter.

Now, when he left an area, and the group members had those
audios, the area continued to grow and place orders!

Because. Everyone was playing the audios riding around in their
cars…and taking action placing orders from those!

That’s when Dexter started earning huge incomes – from both
the Amway product and business sales – AND his audios.

Today Dexter is one of the zillionaires of NM.

If you don’t have something like this for your business – that
you personally like and use – your network marketing life is
going to be full of pain.

Because you’ll think you have to ‘be there’ for everyone.
You can’t, if you want to continue to build. And anyway, being
there for others is not how you will help others help themselves.
Have you noticed that?

Instead of baby sitting, master the art of pointing. Give others
links or other access to GOOD, useful tools that answer their
questions. (I’ve often created my own.) That way, you keep
building (recruiting and selling), not babysitting.

Those who learn the art of pointing are building the biggest,
highest income-producing networks in our industry. And they
help others become self-reliant and point THEIR new peeps
to the audios and webinars that help those folks become
independent producers.

And. You. Keep. Recruiting. And. Selling. And. Generating. Big. Income.