"I am one of you," said JFK. And they believed him and loved him. 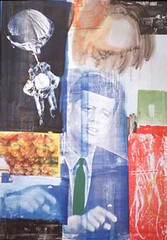 So said President John F. Kennedy in West Berlin, 1963, to a throng of cheering Germans in one of the best loved speeches in history.

The Soviet-controlled communist East Germany had erected the Berlin Wall as a deadly barrier to its citizens escaping to the West.

This statement of solidarity with the all Germans of the day was a stellar example of what it means to be part of the community you’re talking to. It was about their freedom.

JFK was a man who had it, who know they wanted it, and who said he and all free men anywhere were citizens of Berlin that day in that way: they wanted to be free men and women.

Mr. Kennedy conveyed through his one sentence that day that he was a card carrying member of the free community that his audience wanted to be.

Isn’t this what marketers should be doing? There are communities waiting for a card carrying member to emerge from their midst. Is that you?

Genuine network marketers have an edge here if they love their product or an aspect of doing their business. There’s a community for each one, e.g. people who are health conscious, or who want something of their own, or who want to make a difference

Now we find the other Berliners. 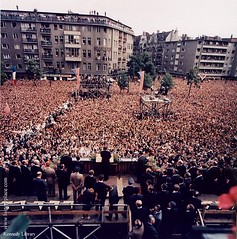