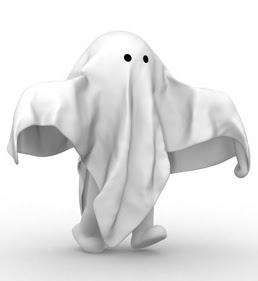 Some of you know I’m launching a new program –

How Not to Be An MLM Loser This Year: How to Tap Into the Helper-Healer Market.

So far in MLM history, the main motivation offered to join any MLM has been big money-free time. Or some variation. While it’s true that a (very) few folks have made some big money, 95-97% of those who start, drop out. See 3 min trailer here.

How about something new? First, answer honestly: Are you passionate about the MLM model, or are you in love with your product?

Instead tap into real people. People who want to start something of their own because they want to do something meaningful, something that extends their values. And make some money doing stuff like that.

Take this quiz to see if you could recruit such folks:

Pretend that Mother Teresa is still among us.

Your Goal. Get Mother Teresa to support a program you feel very strongly about. You want her to lend her name to it. That would give your movement leverage and momentum, more members and hopefully, more money so you can spread the word . Your goal is to “recruit” her to your cause.

What ‘pitch’ do you think she’d respond to more?

A. “Mother Teresa, you can make really big money doing this. It’s easy too, anyone can do it.”

B. “Mother Teresa, you can help millions of people drink clean water by supporting (doing) this.”

OK, was that choice hard or easy?

There are millions of helper-healers among us today. Tens of thousands are already in MLM, maybe even in your own group. YOU (gasp) might even be a helper-healer.

For the last 50 years, the MLM world has assumed everyone is interested in it for the money above all else. And yes, we all know the big money promises pull folks in droves. We also know 97% don’t make it. (See 3 min video here.)

The Helper-Healers (4 min vid) are also out there in droves, and they’re waiting to be called to do something meaningful to help others. They’ll spend their money and their time. Because that’s how they want to spend their time. They also buy the big packages, because they like to offer demos.

Anyway, one of the eight webinars in the new How Not to be an MLM Loser This Year program is focused entirely on how to recruit Helper-Healers. Starts November 27. See here.

How would mastering that one skill-set change your business?

P.S. The local (NO CA) in-home I was part of was a magical success. 35% of those present (96) bought the ‘big’ package.’ Several bought in together and shared the product. Six weeks later, they’re chatting and getting together weekly and next month a group of them, with about 50 new gals, are having their own Heal-In at a country church. A hoot. These women said they never knew they could feel so alive again. Most are over 60. They all know there’s money. They’re not stupid. It’s just not the front and center focus. It comes with helping others, they figure. In the new program, you’ll learn the ins and outs of doing your own In-Home, too. No guarantees on any numbers, though. Can’t predict the future yet.